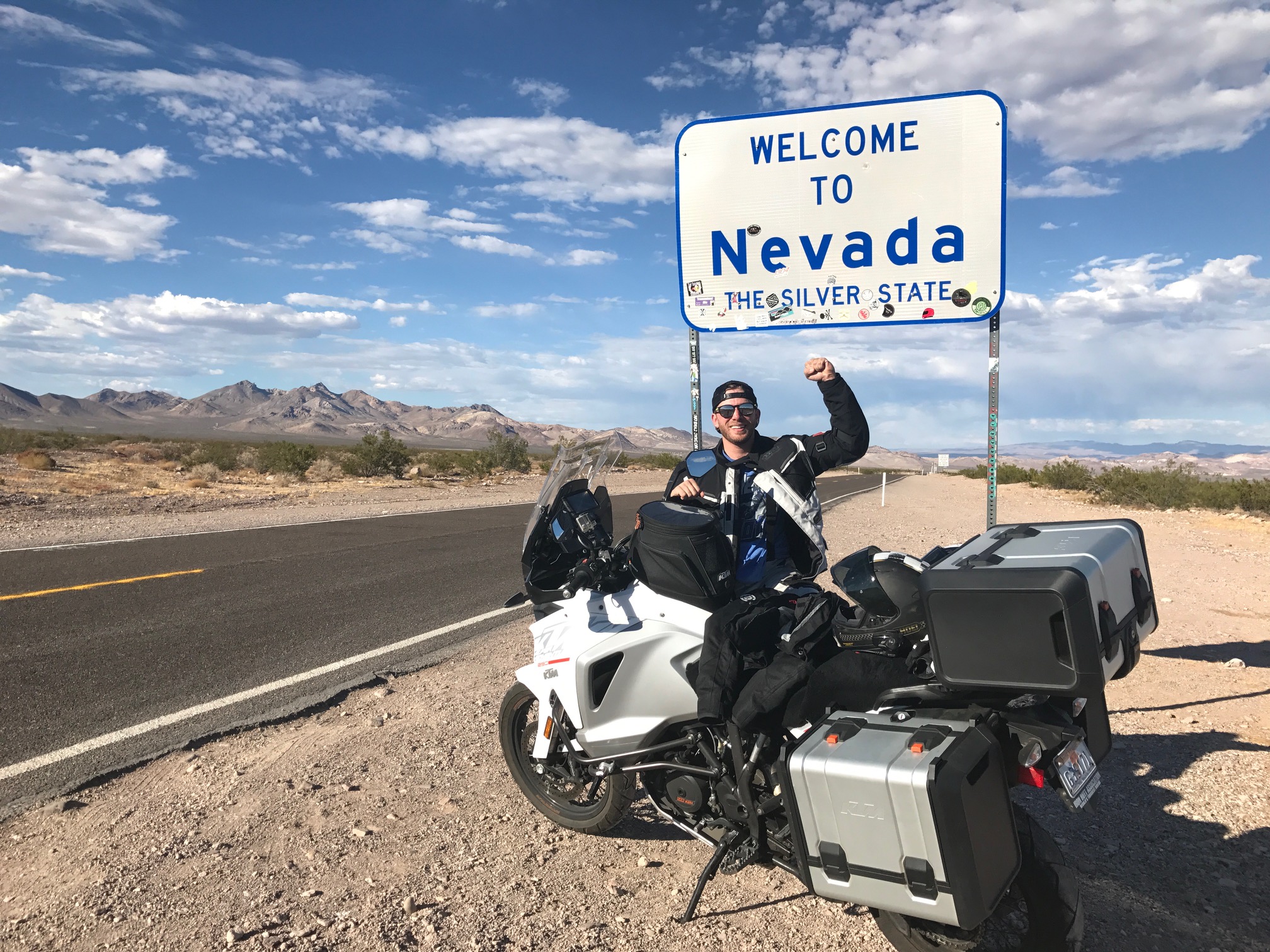 Welcome to the 2WheeledRider.com! It’s very likely you found this site via my  YouTube Channel but this website predates the YouTube Channel by about a year. It was created as a place to share my motorcycle travel stories with friends and family but obviously 2 Wheeled Rider has grown to be something much bigger.

My name is Mario Orsini. I grew up in a family of motorcyclists. My grandfather, uncles, and dad all rode motorcycles. Some of my favorite memories as a kid were staying at my grandparents’ house while my grandfather and uncles were out on long motorcycle tours. They would call home with all sorts of great stories of places they’d visited and then I’d get to look through all the photos they’d taken upon their return. I knew at a very young age I wanted to travel across the country on my motorcycle just like they had.

I started riding at the age of five on a mini-bike and soon Dad bought me an old Honda 70 to ride (which I still have). After high school, I went through a few different bikes and did a few short motorcycle tours following college graduation. Once I started working full-time I bought a Suzuki SV650S and began racing in the Championship Cup Series (CCS) after I completed the Mid-Atlantic Road Race Course (MARRC). To further improve my skills, I also attended Keith Code’s California Superbike School. While I enjoyed racing, it’s safe to say I was never going to make it to MotoGP.

I went through a few more street bikes over the next few years, eventually picking up my first “sport touring” bike, a Honda VRF800. Though I racked up quite a few miles on that bike, I had still only ridden in 11 different states by the time I sold it and bought a Yamaha FJR1300. I rode the Yamaha quite a bit the first full year I had it. Though I only added one more state by the end of 2014, I did a few multiple day trips including a 5 day trip down to Birmingham, Alabama.

Going into the off season, I decided 2015 would be the year I finally got serious about motorcycle travel. By the time 2015 was over I had ridden in 29 states, traveling as far as the Grand Canyon and I was HOOKED! In 2016, I stepped it up once again, completing an Iron Butt Saddle Sore 1,000 to Key West, FL and later riding out to Yellowstone National Park, clicking off another dozen states and ending the year with 41 total. By the time 2017 began, I only had 7 states left to complete: Mississippi, Louisiana, Arkansas, Washington, Oregon, California and Nevada. In July, I took a 5 day trip down south, finishing off MS, LA, and AR. On August 27, 2017 after riding two hours through Death Valley in 121 degree temps, I made it to the Nevada state line finally achieving my goal of riding all of the lower 48 states. On July 21, 2018 my KTM Super Adventure and I made it to Alaska. In 2019, I flew across the Atlantic and rode in Europe for 2 weeks. I’ve now ridden all 49 Continental United States, 5 Canadian Provinces and 5 countries in Europe. In 2020, by best friend Brian and I flew to Costa Rica where we spent a week riding dirt bikes. In 2020 and 2021, my sister and I rode cross country together and I look forward to what’s in store next.

As I stated earlier, my family rides. In addition to my dad and uncles, my sister, and son all ride as well. My son, Noah not only rides but also races motorcycles. I’m proud to say he picked up this first win earlier this year (2018) and he’s since won races in the JR 85 class in 2021 and SR 85 class in 2022. With Noah racing, the racing bug bit me once again returning to racing in 2017 but this time on a dirt bike.

When I’m not traveling on my motorcycle or racing dirt bikes, I spend most of my time outside of work, making videos for my YouTube channel, contributing to motorcycle publications, testing and reviewing bikes, trail riding or writing books. In 2017, I published my first book, Motorcyclist’s Guide to Travel. My second book, Two-Up Motorcycle Riding: A Beginner’s Guide for Riders and Passengers came out in summer of 2018. If you couldn’t tell, I genuinely love riding motorcycles and I hope it’s something I’ll be fortunate enough to continue to enjoy for a long time to come.

So once again, welcome to 2WheeledRider.com. If you ever have a question or just want to take a second to say hi please don’t hesitate to contact me.