Don’t Ask Me Which Bike You Should Start On

When newly licensed motorcyclists ask my opinion on what type of bike to buy for their first street bike, I always say “Get a Dual Sport.” I’m not sure why I continue to waste my breath because no one has taken my advice yet. Most end up buying a sport bike or cruiser for their first bike and most end up dropping them at some point which means all sorts of cosmetic damage that either never gets fixed or costs an arm and leg to repair. Don’t get me wrong, I have nothing against sport bikes (I have nothing against cruisers either other than I don’t enjoy riding them). I’ve owned my fair share of sport bikes and they are super fun. I just believe a dual sport is the best street bike to start on for those with little to no riding experience.

Dual sports are basically just street legal dirt bikes. They make great beginner bikes because they are light weight and damn near indestructible. They were engineered to be dropped on the ground. A dual sport will take all sorts of abuse and still keep going. Dual sports are some of the most affordable bikes to purchase with used models available under $2,500. A brand new Suzuki DR200S stickers for $4,499. Yeah, ok the seat height is a little bit higher but with many of the dual sports weighing under 300lbs, they’re still easy to handle. That said, the purpose of this post is not to continue to stand on my soapbox and spread the gospel of the dual sport.

My best friend Thad asked my opinion, I said dual sport and he bought a Kawasaki ZR7s instead. I’ve seen him drop it in the gravel, it once fell over in the yard and then his most recent spill (video below) essentially ended his riding days. (While he says he’s not done riding this video is now over 18 months old.)

Yes, my advice is even ignored in my own house. When Kristen got her license nearly 3 years ago I once again suggested a dual sport. Instead, a Ninja 650R (not pictured) was added to the garage. 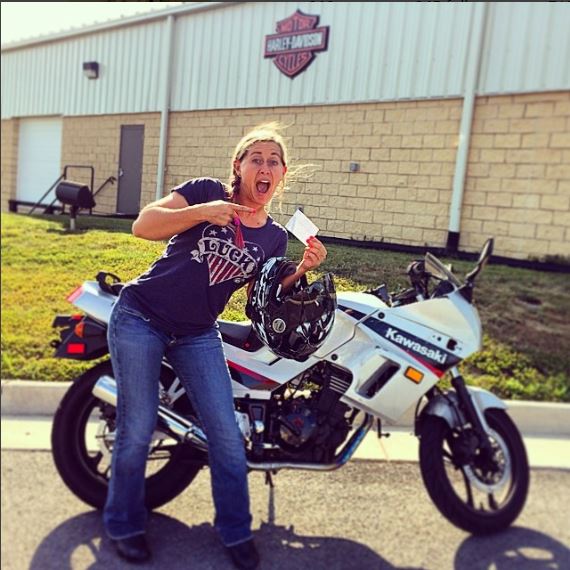 Like Thad’s ZR7s, the Ninja has spent some time on its sides as well. If I had to guess it’s had less than 400 miles put on it in about 3 years and over half of those were probably put on by me. Why? Because despite passing the MSF course and gaining a motorcycle endorsement on her driver’s license, Kristen’s never been comfortable riding a motorcycle on the street. With so few miles put on the Ninja you’d probably think I’m crazy to encourage her to buy ANOTHER bike but that’s exactly what I did. 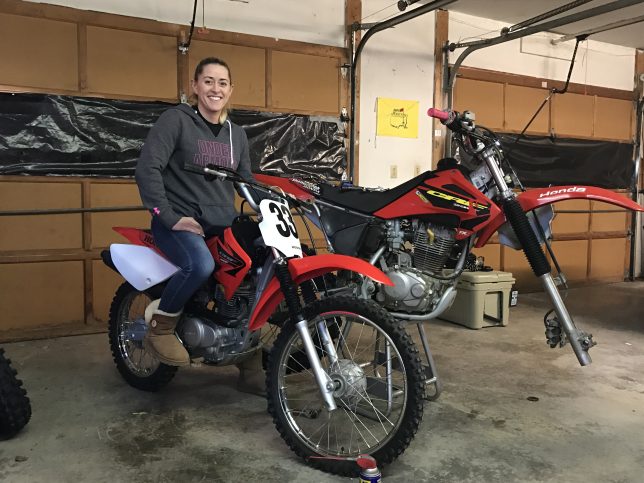 With Noah bumping up to a CRF70f and me picking up a CRF230f, Kristen wanted to get in on the action so she bought a used Honda CRF100f in mint condition about 2 months ago. After installing some new tires, changing the oil, air filter and spark plug and having Lance help me tune in the carb, the little 100 was ready to ride. Kristen picked up all new off road riding gear and then…I waited as the newly acquired dirt bike sat in the garage for the next few weeks…Would it face the same fate as the Ninja? Fortunately, I got my answer a few days ago. 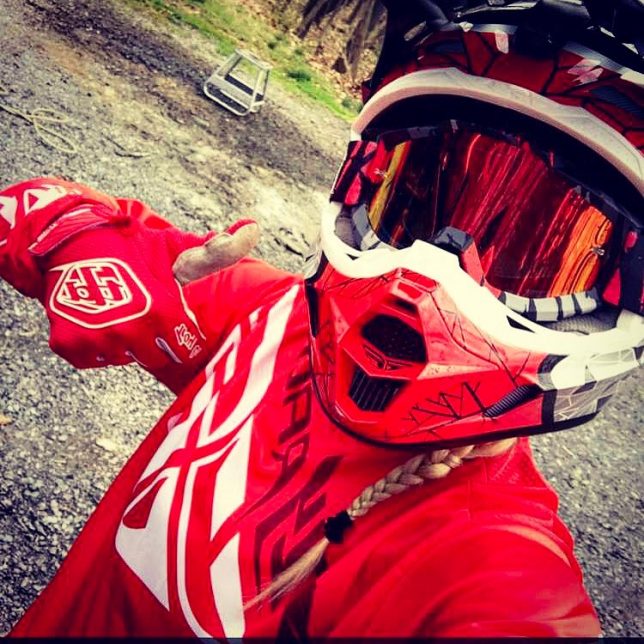 All geared up she got the CRF100f out on Sunday and put in quite a few hours. When I arrived home after work on Tuesday, I found out she had just finished another 90 minute session on the bike. In fact, she just texted me a few minutes ago while I was writing this post saying she hopes the wind dies down a bit so she can get out on the trails. Nearly 3 years after getting her motorcycle endorsement, she’s now riding and having fun doing it. Hell, there’s even talk of entering a race at some point this season!

Dirt bike riding is fun and it will drastically improve your riding skills on the street. All the best riders I know grew up riding in the dirt and then transitioned to the street. There’s a reason the top riders in the world like Valentino Rossi and Marc Marquez train on dirt bikes; it makes you a better rider and your chance of injury in a crash is lessened because you’re riding in a more controlled environment.

If Kristen continues to put in the work on the dirt bike (read that as ride and have fun) her riding skills and confidence on the bike are going to continue to flourish. Heck, the Ninja 650 may actually leave the garage again! 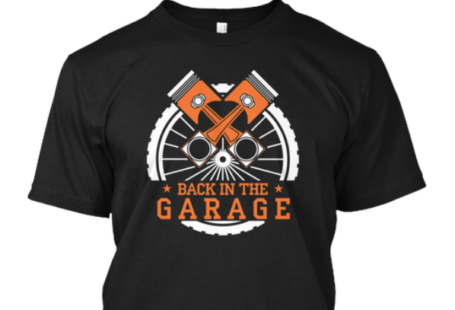 Back in the Garage Tshirts 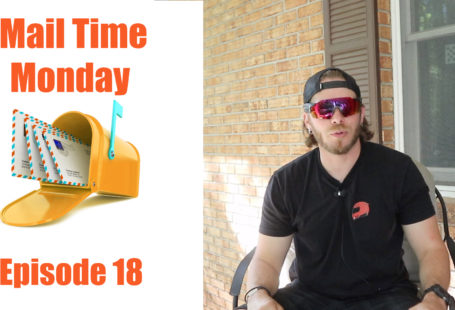 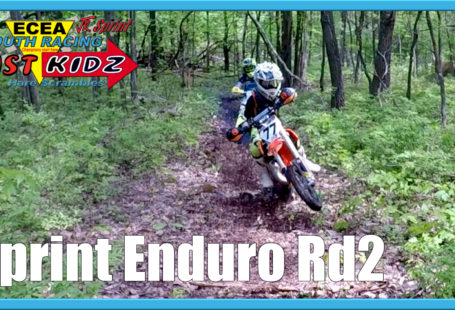