Where the Hell are the Videos?

On a recent Instagram post I said I would likely be cutting back to just one video per week for the next few weeks until I could get caught up on a bunch of different stuff I’ve been working on lately. To say the month of April was busy would be an understatement.

The first headache I had to deal with was not having my truck after a recent accident. While the insurance company did provide me with a rental (a super-nice rental), I was not permitted to tow with the truck, which would’ve been difficult since it didn’t have a hitch anyway. With there being 2 race weekends in the month of April plus my track day at VIR, a lot of time was spent getting the bikes ready as well as a lot of time spent driving to the different venues.

Speaking of VIR, I did shoot quite a bit of footage while I was down there including a few (very slow) laps on the new Ducati Panigale V4S so I’m hoping to have that footage up on the channel next week. 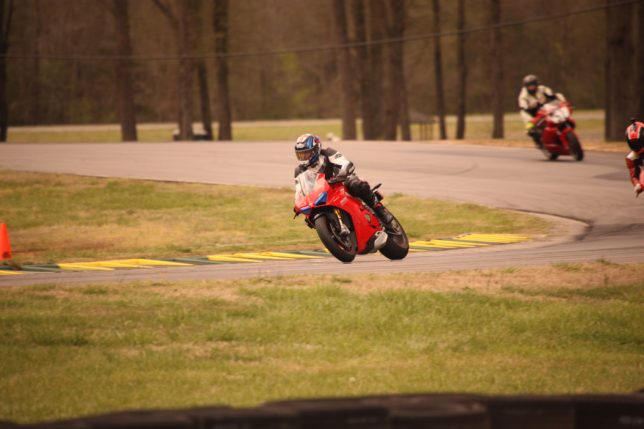 I also spent quite a few evenings and some afternoons trying to get Noah’s KTM 65 sorted out. Thanks to the help of John Ross and Matt Adams at Ride on Moto everything is now 100% on his bike. After cleaning and tuning the carb, we were noticing the bike was cutting out at higher revs once it warmed up. A new stator quickly fixed that problem but then we discovered a transmission issue. We first suspected a stop washer had slipped out of place when I was reassembling the engine after doing a top and bottom end rebuild before the season kicked off. However, once we cracked open the cases, we quickly discovered the culprit; a few chipped teeth on the third/fourth-gear sliding gear which had also worn the teeth on the fourth idler gear. While apart we went ahead and replaced the shift forks which were showing some wear and a few other items. I finished the final assembly of the engine yesterday and will have it back in the bike later today in time for Saturday’s race. 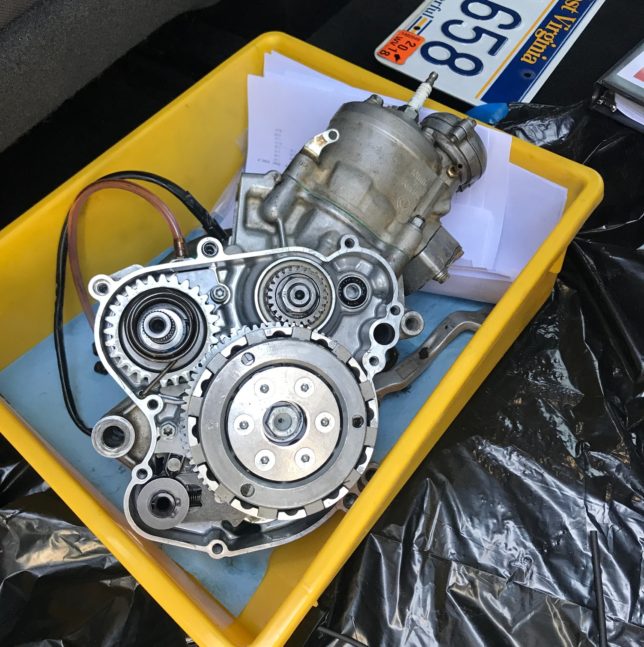 BTW, Noah had his highest hare scramble overall and class finishes on both his 50 and 65 last race, including getting the hole shot in the 50cc class.

If you’ve been following my Instagram stories at all, you’ve seen I’ve had Thad’s Kawasaki ZR7-S sitting on my lift basically all month long. The bike had been sitting in storage for over 2 years so as you can guess it’s needed some work to get it back to running in top shape. The first thing it needed was a new battery. After it refused to start, I pulled the carb bowls to find some of the most foul-smelling, nastiest-looking jets I’d seen in a long time. Once the carb kit arrived, I rebuilt all 4 carbs and got them reinstalled on the bike only to discover I had the float heights too high. With the float heights properly adjusted and a new fuel line installed, I did get the bike running…poorly. 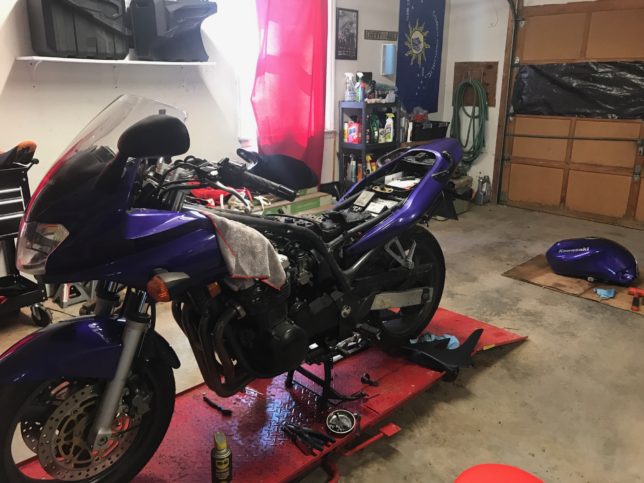 Next I pulled the valve cover on the 16 year old air-cooled bike to check the valve clearance or should I say lack-there-of. I can say with absolute certainty the valve on this bike had never been adjusted. Even my thinnest feeler gauge wouldn’t slide between the cam and lifter valve which explains why the bike was running so bad. I pulled both the cams out of the bike and waited nearly a week on the shim kit to arrive. Not knowing the exact clearance values I decided to drop 2 shim sizes on each valve. On Tuesday night I reassembled the valve train and remeasured everything. Four of the valves are now in the proper range while 3 are too tight and one is too loose but fortunately, I now have accurate measurements so I’ll no longer have to guess the correct shim size. So in the next few days, I’ll get the cams pulled back out, valves adjusted and the engine put back together. I’m 99.9% sure it’s going to running great once again.

After all that stuff is done on the Kawi it’s just simple maintenance left to perform such as an oil change, chain adjustment, etc. When it comes to cosmetics though… that’s another story and likely one that will be told in video.

While all of the above mentioned would’ve made for an excellent series of Back in the Garage videos, I kept the filming to a minimum due to being on some strict time restraints. There will be a video (likely 2) on the Kawi for sure though.

In addition to the Kawi video and the track day video, filming for many more will take place over the next week.

Later today I’m stopping by Ducati Winchester to pick up either the Monster 821 of Hypermotard 939 to test out for a few days and do a full review video.

In response to my motorcycle cover video, the president of Nelson Rigg sent me their latest version of the UV-2000 half cover to test/compare/contrast to my older version so look for a video on that soon. 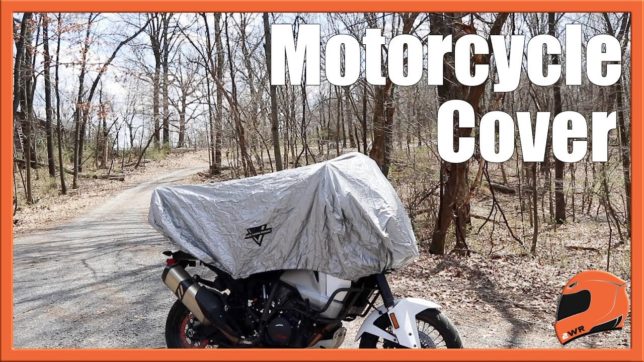 In about a week I’ll finally begin working with the new manufacturer/dealer I talked about in a video a few weeks ago to begin riding, testing and reviewing a few of their bikes.

KTM should also have me some demo models very soon, too.

A subscriber has reached out offering to let me borrow his 2017 Yamaha XSR900 to review and that’s something I think they subscribers of the channel would thoroughly enjoy so once we can work out the logistics, we’ll make that video happen.

Long story, short…I’m almost done working on stuff and you should be back to your regularly scheduled programming VERY soon. 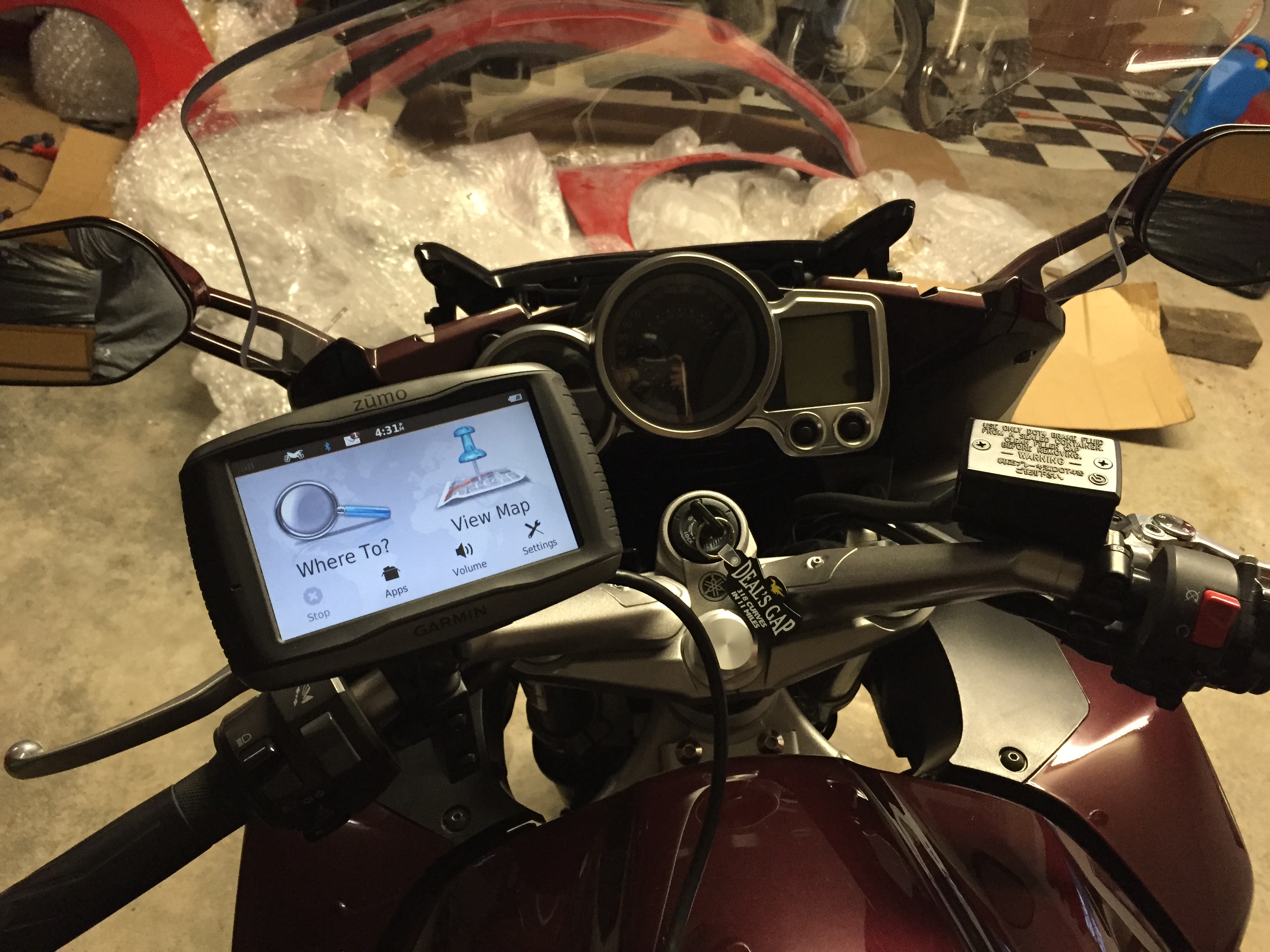 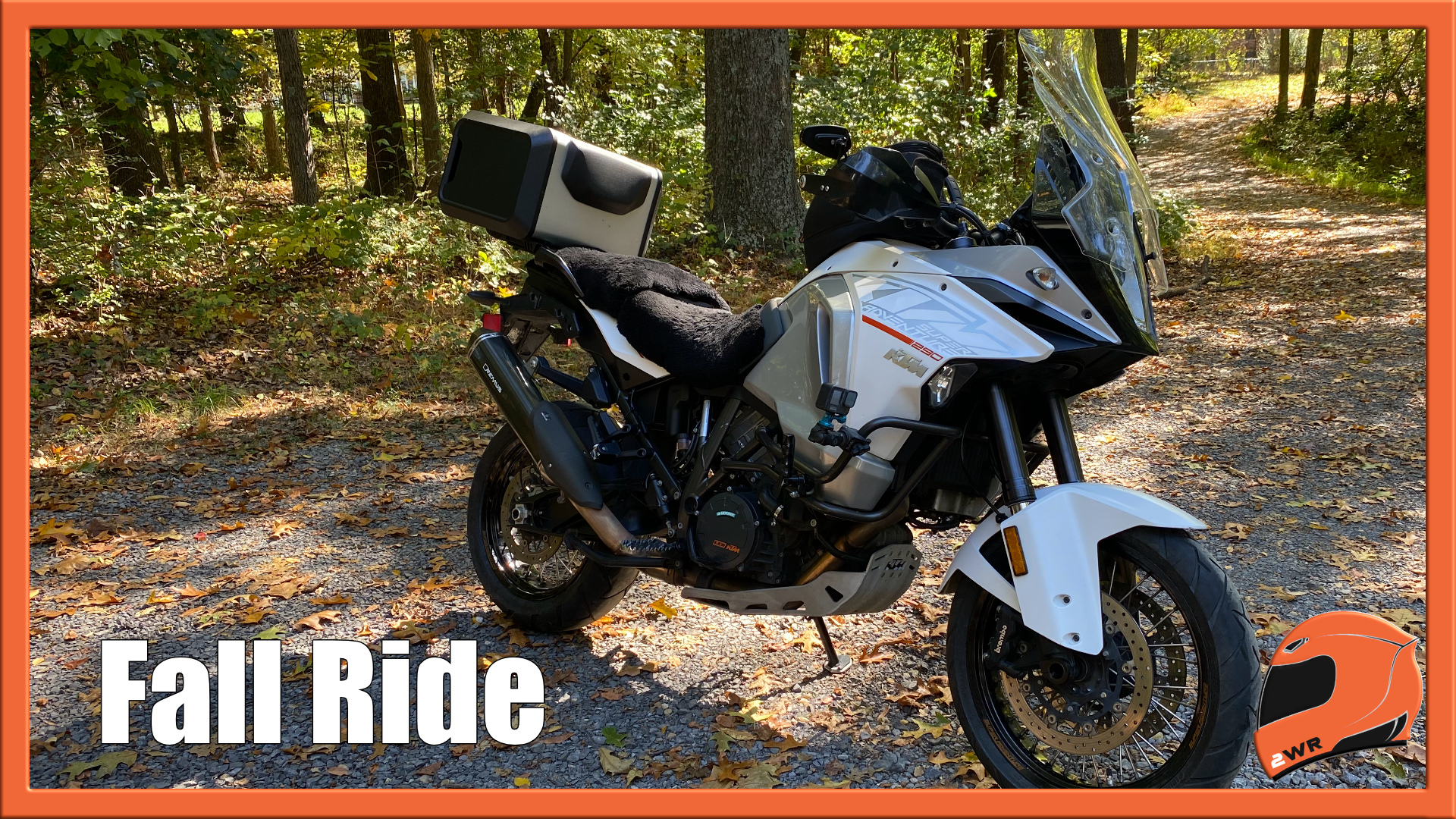