We took off from Martinsburg, WV around 7:30am and decided to take Rt 11 North with our destination being Pottsville, PA. Getting through West Virginia and Maryland doesn’t take much time though the city of Hagerstown will slow you down a bit. Once we got into Pennsylvania we saw a couple of Mennonites riding their bicycles as well as a couple of older gentleman riding in a horse drawn carriage. Kristen was on the FJR with me while Thad followed on his Kawi. Thad and I spend most of the morning talking trash over the intercom before we stopped at about the halfway point to top off the tanks and get something to drink. (I think I had too much bourbon the night before) We continued on 11 until we got about 10 miles outside of Harrisburg, PA. While the trip had been leisurely, we hadn’t made very good time and we were in danger of getting to Pottsville much later than we had hoped.

We got on I81 North to Harrisburg before getting on I78 East. We got off exit 19 and took 183 up to Cressona. 183 is a really hilly road. There are a few passing lanes when heading up hill so be sure to take advantage of them to get around the slower traffic. In Cressona, 183 turns off but we kept straight on 901 which basically takes you the rest of the way to Pottsville. When you get into town hang a left on Mahantongo street and park in the parking garage on your left. If you get lucky and get there early enough you may be able to find parking closer but…you’ll also be parking on the side of a hill (the parking garage is flat).

From the parking garage, it’s just a short walk up the hill to the oldest operating brewery in the country, D.G. Yuengling & Son. 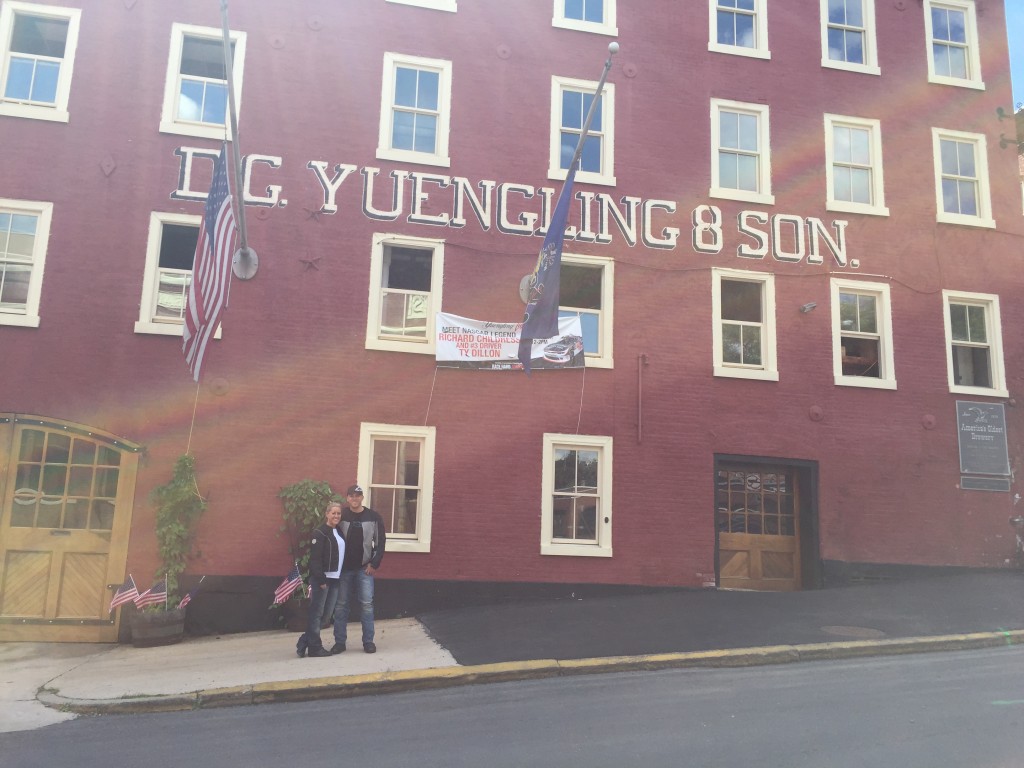 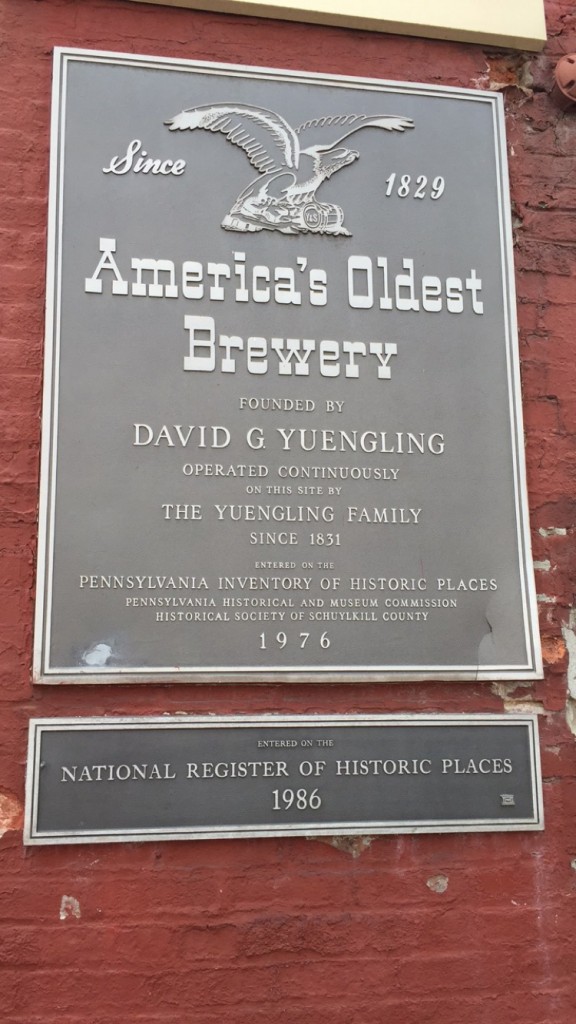 Once inside you’re given a color-coded wrist band. Once 54 other people have a wrist band your color, the tour will start. The tours are free and you are given 2 free samples of beer at the end. While we waited the next 45 minutes, we checked out the gift shop. They had a lot of nice reasonably-priced souvenirs. Kristen I both got t-shirts and I also got a get of playing cards.

Our tour began at noon and we were instructed to head downstairs. Our tour guide began to give us the history of Yuengling before taking us through a U-shaped cave carved into the side of the mountain that once served at their refrigerator.

Once we finished up in the cave we went back upstairs and then learned about the brewing process. Our tour guide spent more time talking about the murals on the wall than the actual beer. Admittedly, my fuse is much shorter than most but even Thad and Kristen had had enough of her at this point. 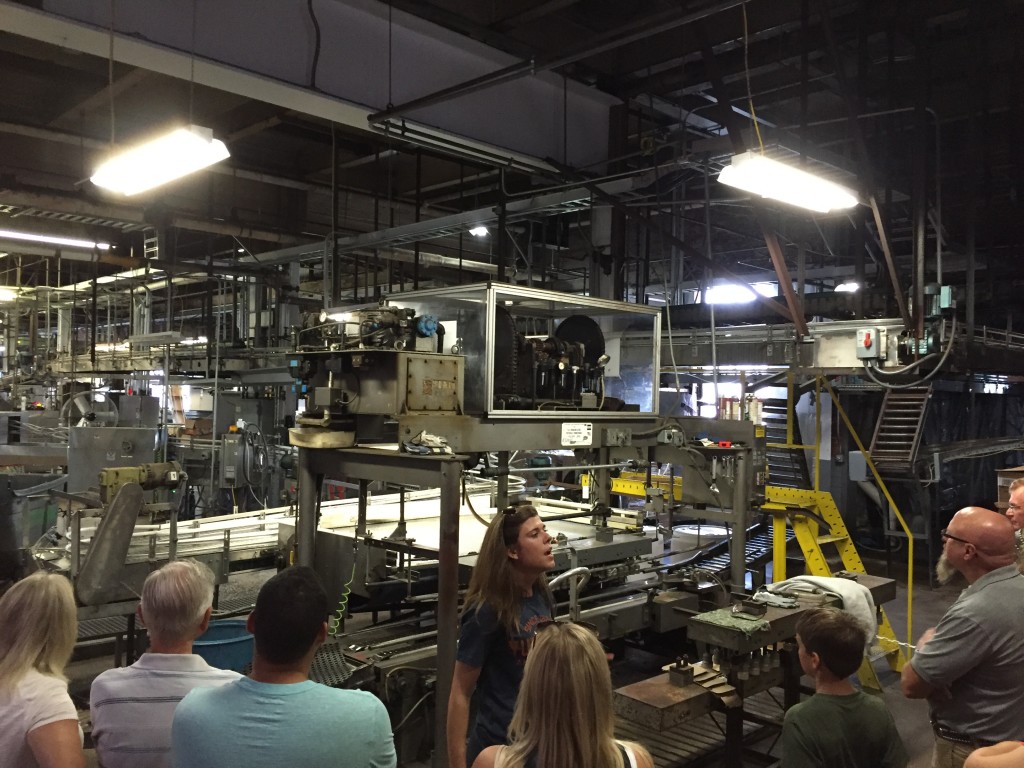 By the time we got to the bottling facility, Thad couldn’t take anymore of our tour guide and found a place to sit down away from everyone. After a few stupid questions from the group “When do you add the CO2?” and “Are the cans lighter now?” our tour concluded and we went to the tasting room.

After our guide got smart with Thad and I we quickly drank a free sample and left before having the second. Declining free beer should give you some idea of how annoyed we were at this point.

While I did not enjoy our tour guide, getting to walk through the facility was pretty cool and everyone else was really nice. One lady recommended a place for lunch and another allowed us to store our jackets in the backroom while we took the tour. It was only our actual guide that we couldn’t stand.

I did find out that Thad does NOT like Yuengling and has a VERY good reason why. But…you’re gonna have to get the story from him.

Next, we walked down to Roma’s to get some lunch. One of the other Yuengling employees recommended we start with the meatballs and the bartender also said it was a good choice.

After lunch we backtracked back out to I78. We rode 4 miles east on I78 to go to Shartlesville Sheepskin Shop so Thad could find a sheepskin for his seat. I’d bought one from there back in February and it’s made a huge difference in the comfort of the seat. 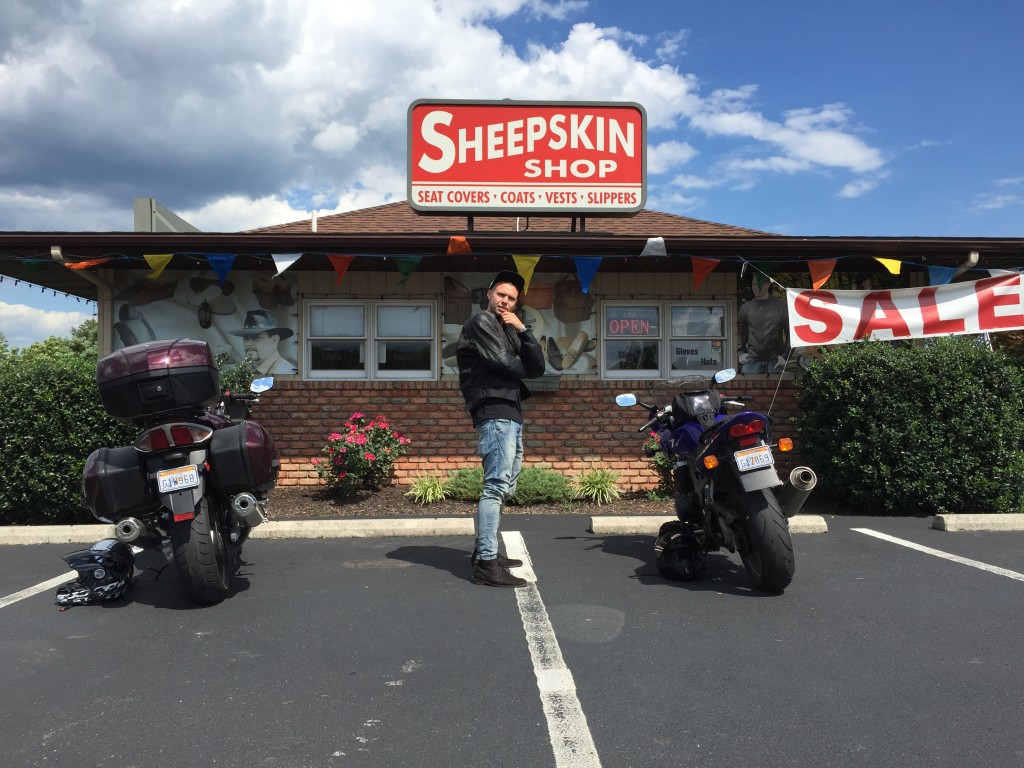 He ended up buying a sheepskin and a hat. Kristen bought a pair of house slippers. The owner came out and helped us get the sheepskin mounted on the seat. We also had an interesting conversation with him that I’m not going to share in this post.

After getting something to drink at a nearby gas station, we took I78 West back to I81 South to Harrisburg. We split off I81 onto 322 then I83 until we got to US15 South. We took 15 South to Gettysburg, PA. We’d had great weather all day and the ride to Gettysburg was no different. Kristen had mentioned she wanted ice cream so I used the GPS to locate Mr. G’s Ice Cream on Baltimore St. Not only was the ice cream great (they had soft serve and scoops) but the prices were so inexpensive! Mr. G’s is a definite must stop in Gettysburg! We walked next door to Reid’s Orchard and Winery. After buying an empty growler and returning it literally 2 minutes later, Thad ended up leaving with a beer glass.

We were parked on Baltimore St. only a few steps away from Reid’s. As I started to put my gear on, I saw a horse-drawn carriage headed our direction with a LONG line of cars behind it. We saddled up the bikes quickly and narrowly turn got out in front of the carriage.

We took Business 15 back out to US15 and then road to Thurmont, MD. We rode up through Cunningham Falls State Park. While you can’t go really fast, it’s a really fun rode to ride with a LOT of great scenery. I highly recommend riding through if you get the chance.

From there we rode to Hagerstown before getting on I70 West back to I81 South to get home.

We ended up riding a little short of 400 miles before the day. As with all of our trips, we had fun and now have more stories to tell. 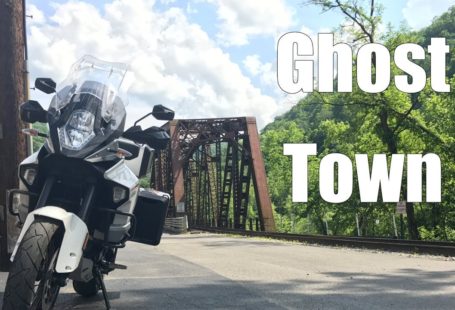 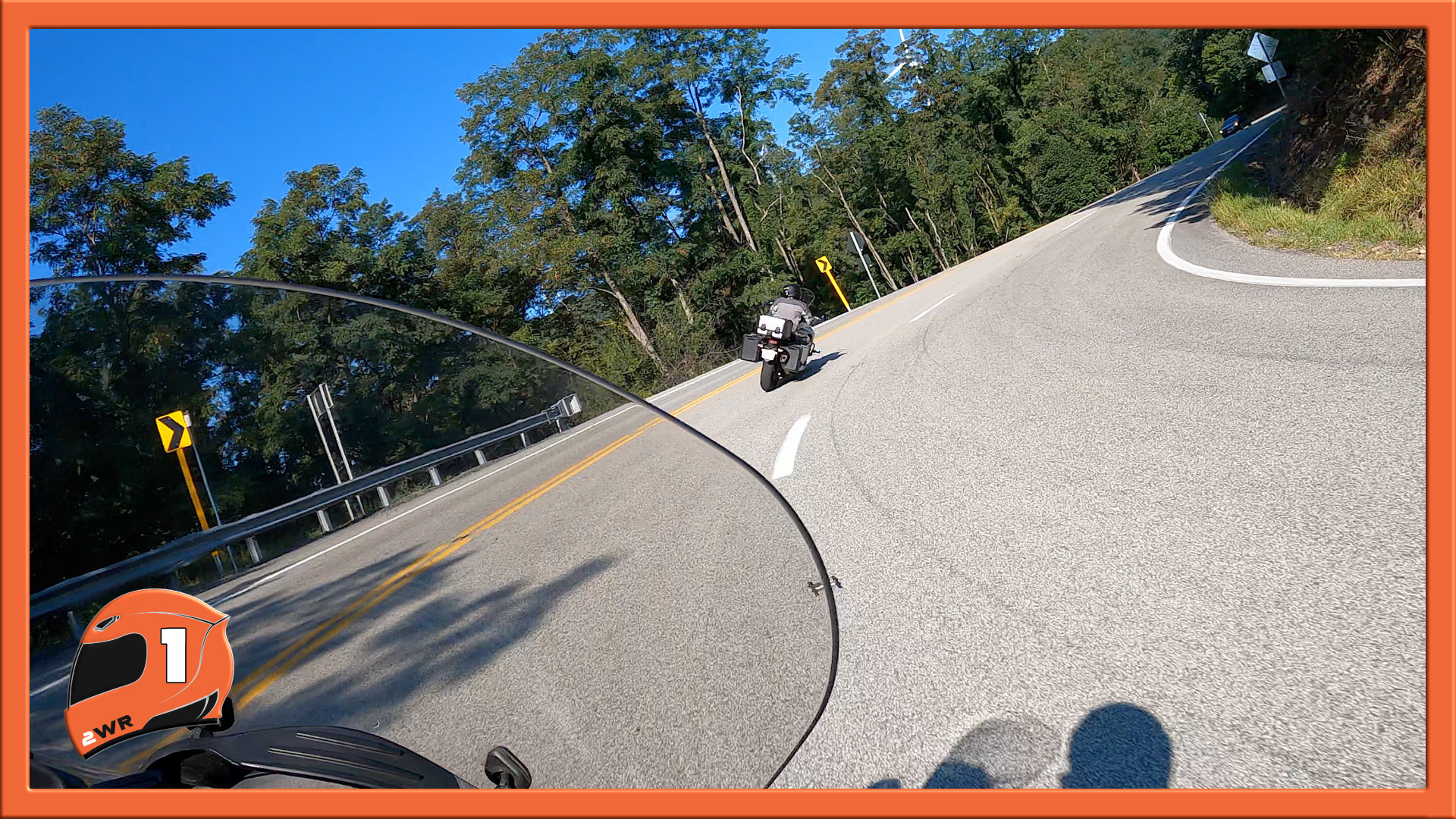 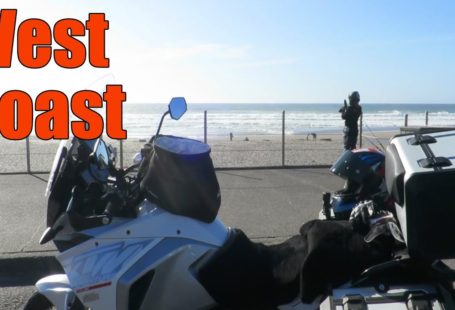